Scoil Aonghusa Junior have been awarded 7 Green Flags!!!!!
Our most recent green flag was for
​Global Citizenship and energy 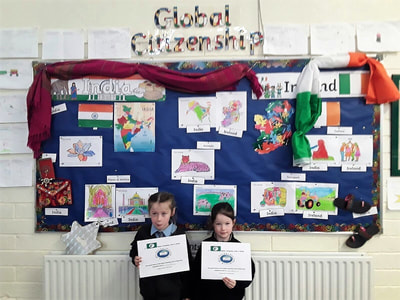 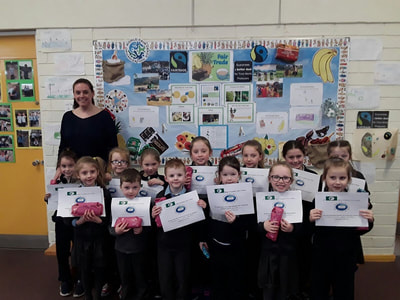 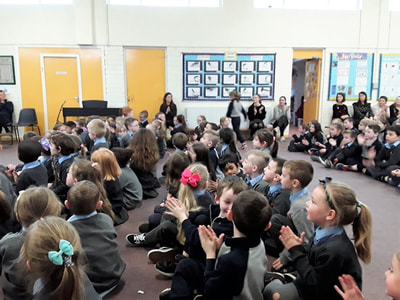 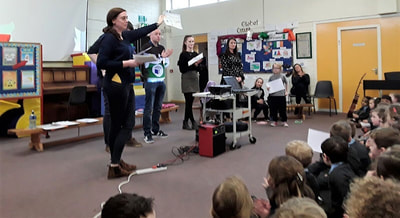 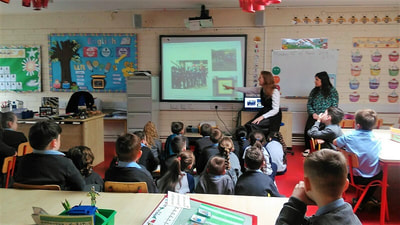 To celebrate all the work that the children have put into working towards our sixth green flag, Ms Reilly organised a special assembly.
In the assembly we reminded everyone of the different concepts we had explored such as plastics in the ocean, fair trade and reducing/reusing/recycling.
Another topic we discussed was global citizenship. We are lucky enough to have children from many different backgrounds in our school and some of them stood up to tell us how to say hello in their native language. It was great fun trying to pronounce the words!

​Ms Cunningham spoke to the children about her visit to a school in South Africa where she was working with the Niall Mellon Trust. She has been visiting all the classes showing them pictures of her trip and explaining the differences between schools here in Ireland and those in South Africa. The children are really enjoying learning all about it.

This year, the children of Scoil Aonghusa Junior have been very busy working towards their 6th green flag-
‘Global Citizenship, Litter and Waste’.
The children have been busy exploring themes such as:
Fairtrade
The children explored how everyday items are produced such as chocolate and bananas. They engaged with stories of banana farmers in Columbia and discovered that farmers in some countries are not treated fairly when it comes to selling their produce. The children learned that it is important for us to support fairtrade and even identified some fair trade products when they were shopping with their parents.
We watched a video explaining fair trade and how we can help called ‘Freddy and Flora’s quest for fairness’
You can watch it here:
https://youtu.be/dFpeIi-YAnMhttps://youtu.be/dFpeIi-YAnM
Above is some of the work on fairtrade that classes have on display around the school.

Other classes focused on exploring the differences between Ireland and other less well off countries. They looked at the privileges we have in our country that we sometimes take for granted and discovered that not all children in the world have the same such privileges. We were lucky enough to have Tony from Trocaire come to our school to speak to us about a little girl called Kumba living in Sierra Leone. We learned that Kumba has a very different life to ourselves and that it can be quite hard for her at times.

Even though we are always excellent at keeping Scoil Aonghusa clean and green, we used this opportunity to remind everyone of the importance of recycling, reducing the amount of non-recyclable materials we use and the importance of conserving water and energy. We have been doing so much work on earning our green flags over the last number of years and we all realise the importance of keeping up the good work.
We revised the items that could be thrown into our paper and compost bins and members of the green schools committee monitored rubbish levels in classes every day. Children from various classes also worked hard to make sure the yard was clean and tidy after each break by using litter pickers daily.

Energy monitors made sure to remind teachers to turn off lights and monitors when not in use and leaky detectives made sure that we were not losing any water through dripping taps.

The children were also excellent in coming up with ways to help the environment in their own homes and brought these important messages back to their parents.
We revised our last flag, ‘Biodiversity’ and children were reminded of all the work that we had done in our school garden such as making a bug hotel, a bat box, bird houses and planting lots of colourful flowers.

The children also watched videos about the damage that plastics are doing to the environment, in particular to the seas and oceans. They discussed ways that we could begin to help such as reusing shopping bags and coffee cups and to stop using plastic bags in our lunchboxes

Strand: Environmental Awareness and Care
Here at Scoil Aonghusa we have been taking part in the Green School’s initiative for over a decade now.
We take looking after the world around us very seriously indeed!
The school has just been awarded a certificate and the fifth green flag based on biodiversity. 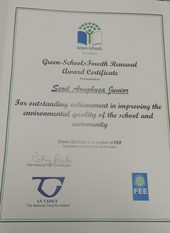 The sixth green flag is all about litter and waste and the effect this has on a global level all around the world.
This is a copy of our Green School statement: 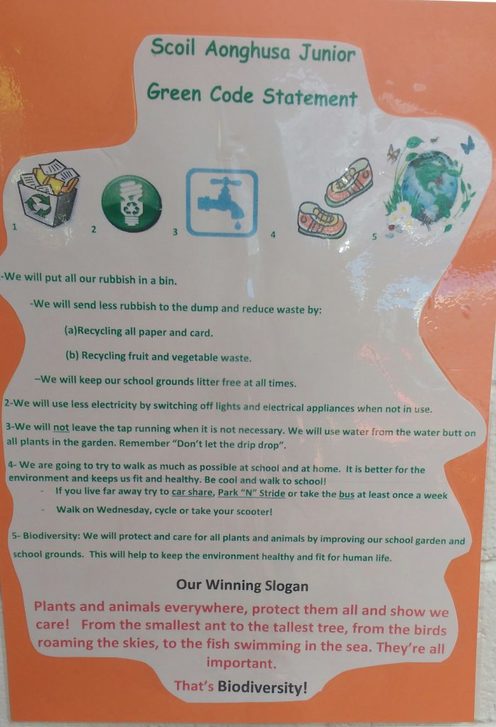 On the 3rd of April we invited the Moon And Sixpence Theatre to the school.
They did a rendition of Little Red Riding Hood with an environmental awareness twist.
The Big Bad Wolf was throwing rubbish all over the forest.
The pupils were shouting up at him that it is not very good to throw your litter on the ground and to always put it in the bin!
There were songs about the importance of throwing litter in the bin and recycling.
The children really enjoyed the performance and joined in all the catchy songs.
The show reminded them of the importance of throwing our waste in the bin, recycling and taking care of the world around us for a better future. 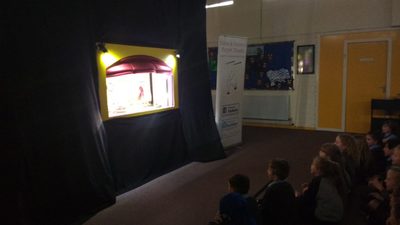 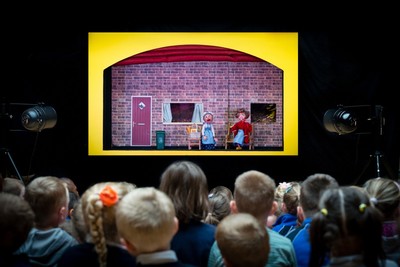 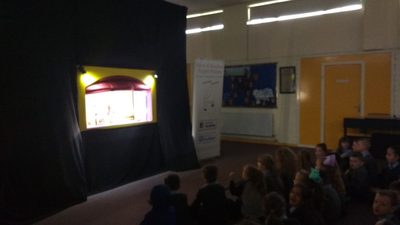 The Moon and Sixpence Puppet Theatre specialises in performances of primary schools.
Young children never tire of the traditional fairy tales such as Little Red Riding Hood, Snow White or Jack and the Beanstalk. They are particularly delighted to have these familiar stories played out before them, with references to their school, locality and what they are learning about. The students genuinely brought the story to life.
We look forward to having them at our school again next year!
​